This was the first large scale public artwork I was commissioned to produce. Stafford Housing were building a new retirement village in Stoke town and had been working with a local artist, Rob Pointon, to create art installations to commemorate the heritage of the site. I knew Rob and, when he approached me to work with him on the gates and railings, I jumped at the chance.

Historically, Pottery owners used to race horses along the canal that West End Village was being built over. This was the story we told on the railings. The gates commemorated the day that an elephant escaped from the circus that used to Winter in Stoke and caused riots in the streets. This involved me creating a three-metre-high elephant- the biggest thing I had made at that time. Rob produced some fantastic drawings to work from and the client was happy to let us start.

It was a very different experience working on such a large-scale project. There were a lot of meetings, and I had my first experience with planning restrictions. The council were concerned that the public might decide to ride the horses, creating a safety hazard. The compromise was that, instead of cutting and welding the artworks into the gates and railings, I would devise a way of bolting them on so they could be removed if they became a hazard. This involved a lot of head scratching as I needed them to be removable but not so removable that they could be stolen! I eventually designed a bolting system that everyone was happy with, and work could start. In truth, the artworks have been installed for over a decade and nobody has ever tried to ride them!

The horses were fairly straightforward to make but the elephant was so large that I was worried that it would lose impact if it was made in the same way. The solution was to have the body laser-cut so that it was solid, then forge all the other parts of the design. This worked really well and provided my laser cutters with a change from their usual car parts.

The gates and railings were being made by a local fabrication company, and I was able to work with them to do all the fitting and installation. It was great to have their help and guidance on such a big project, with a lot of new challenges. I am always learning and will always ask for advice on things that I have not encountered before.

The artworks went up on time and within budget and still look great after more than a decade. They provide a great talking point for the residents and a unique identity to the community.

Charis has produced some fantastic metal sculptures on behalf of Staffordshire Housing Group with work finished to a very high standard and completed within the required timescales. Charis’s work also represents excellent value for money, and I would have no hesitation in recommending her to anyone requiring a first class creative blacksmith 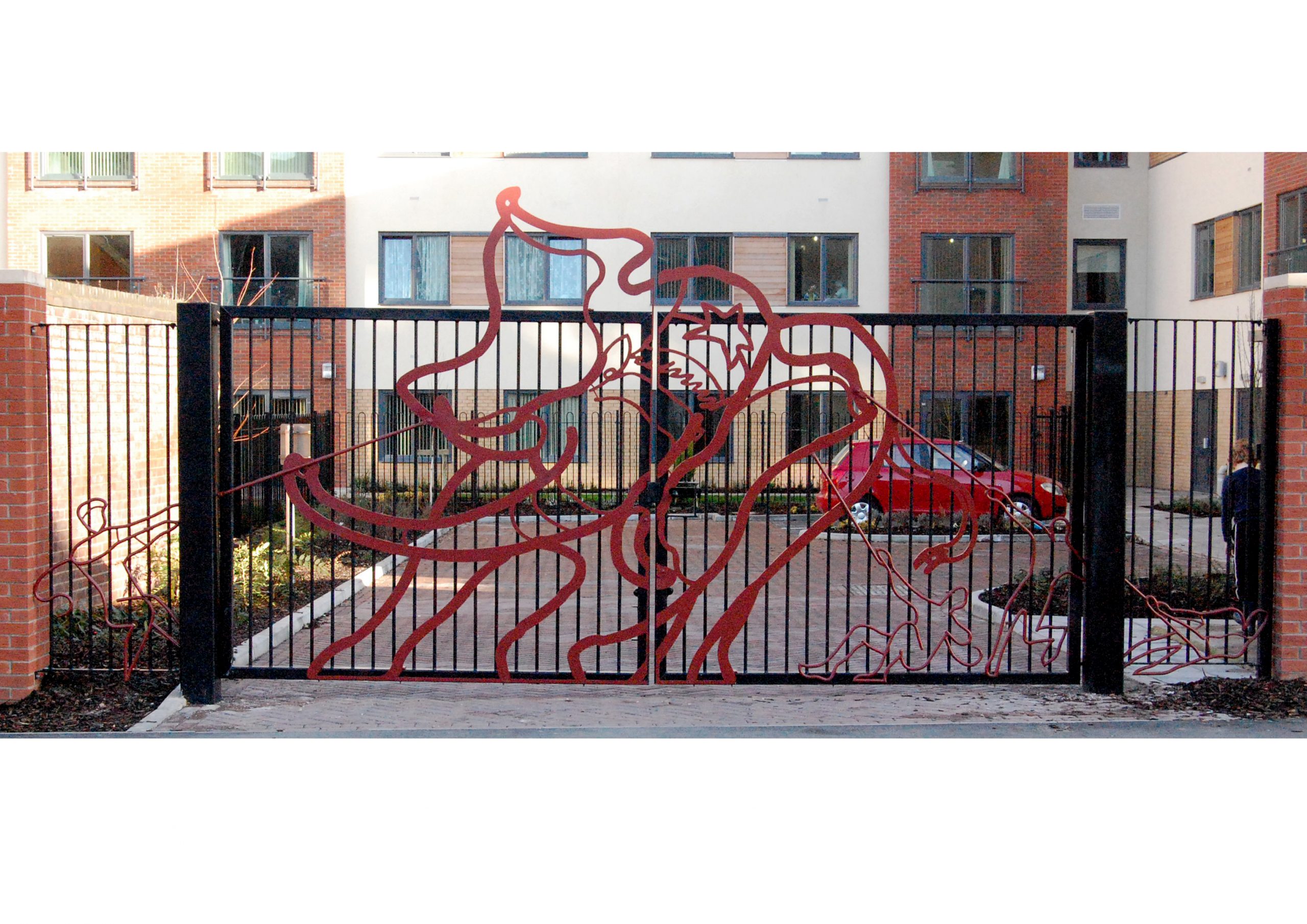 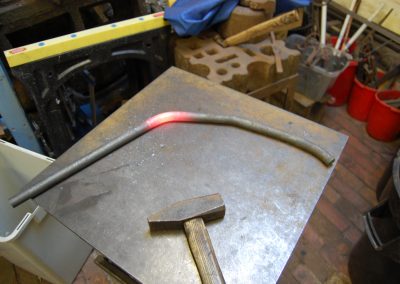 Each piece is forged before welding up 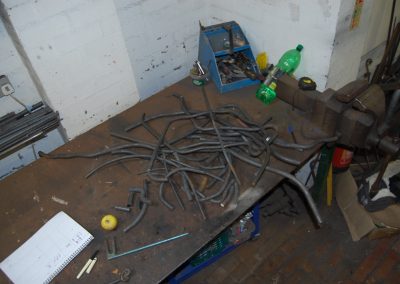 It’s all a bit of a jigsaw! 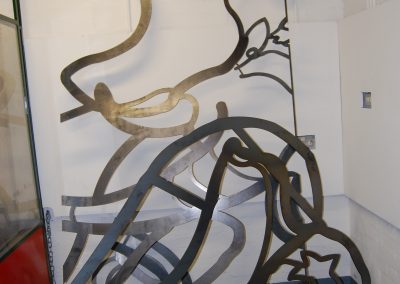 A cut out elephant 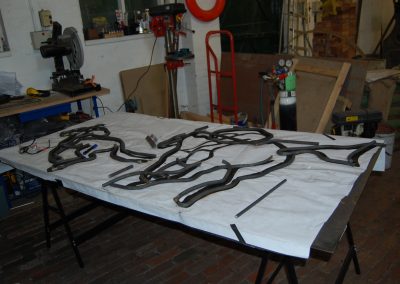 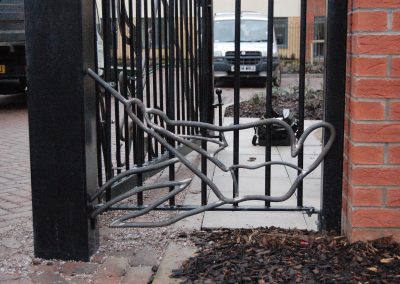 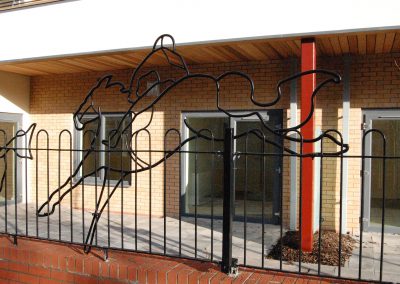