I was commissioned to create a pair of ‘statement’ gates for the side entrance to Betley Court in Staffordshire. The existing gates were functional but uninspiring and, as they were celebrating the House’s 300-year anniversary, it seemed a good time to have some new ones made.

Initially, the gates were going to be the same size as the original. But the clients decided that we should be bold and create gates that filled the space. So, they more than doubled in height and became much more exciting.

The clients wanted the gates to tell the story of the place and the people who lived there. I drew some initial ideas, incorporating some images that they provided and some that I created myself. The shape of the gates changed after the initial designs, as we all decided that the curved top looked much nicer.

Once the design was agreed, I got on with the huge task of making the gates. My workshop space at the time was only slightly larger than one leaf, so it was a tight squeeze. Once I came to attaching the tree, I had to drag both leaves outside so that they could be laid out together to make sure the tree looked right when the gates were closed. This had to be done a few times which kept me fit!

The gates needed to be automated, something that I have never had to do before. Luckily, the client had found a company that dealt with this, so I just had to liaise with them to ensure that there were relevant fixing points in the right places for them to attach their hardware to. This involved another change of design. This is why it is so important to me that I have a good relationship with my clients. Changes inevitably happen as a big commission moves forward and I always make sure that the client knows about these as they occur and give them solutions that they are happy with.

Another challenge that arose was that, with the change in size, the gates were going to be much heavier than the original ones. As the wall is listed, we couldn’t risk the weight pulling them down! After some research I found some hinges that sit on the floor, putting the weight into the ground, so there was no stress on the wall.

There was a very definite deadline that I had to stick to. Family members were coming from the other side of the world and their tickets were booked, so I had to have the gates installed by then! Despite a few sticky moments that are inevitable in any project like this, they were installed and ready for the grand opening, attended by family, residents and villagers.

‘We commissioned Charis to make a 3-metre-high set of gates for Betley Court to celebrate the 300th anniversary of the Historic House.

We loved Charis’s gate design. The whole family discussed what symbolism might be included on the gates and sent Charis the ideas to play with. She worked them into several design concepts for us to choose from and built the gates from our favourite design. We set her the task of building gates that ‘made a statement’ at the entrance to the gardens, and she certainly rose to the challenge! She created a great set of gates, delivering them on time and on budget. We set her quite a task, especially as she works alone and they were large gates, but she didn’t let us down. Our family and the residents at the house love them.’ 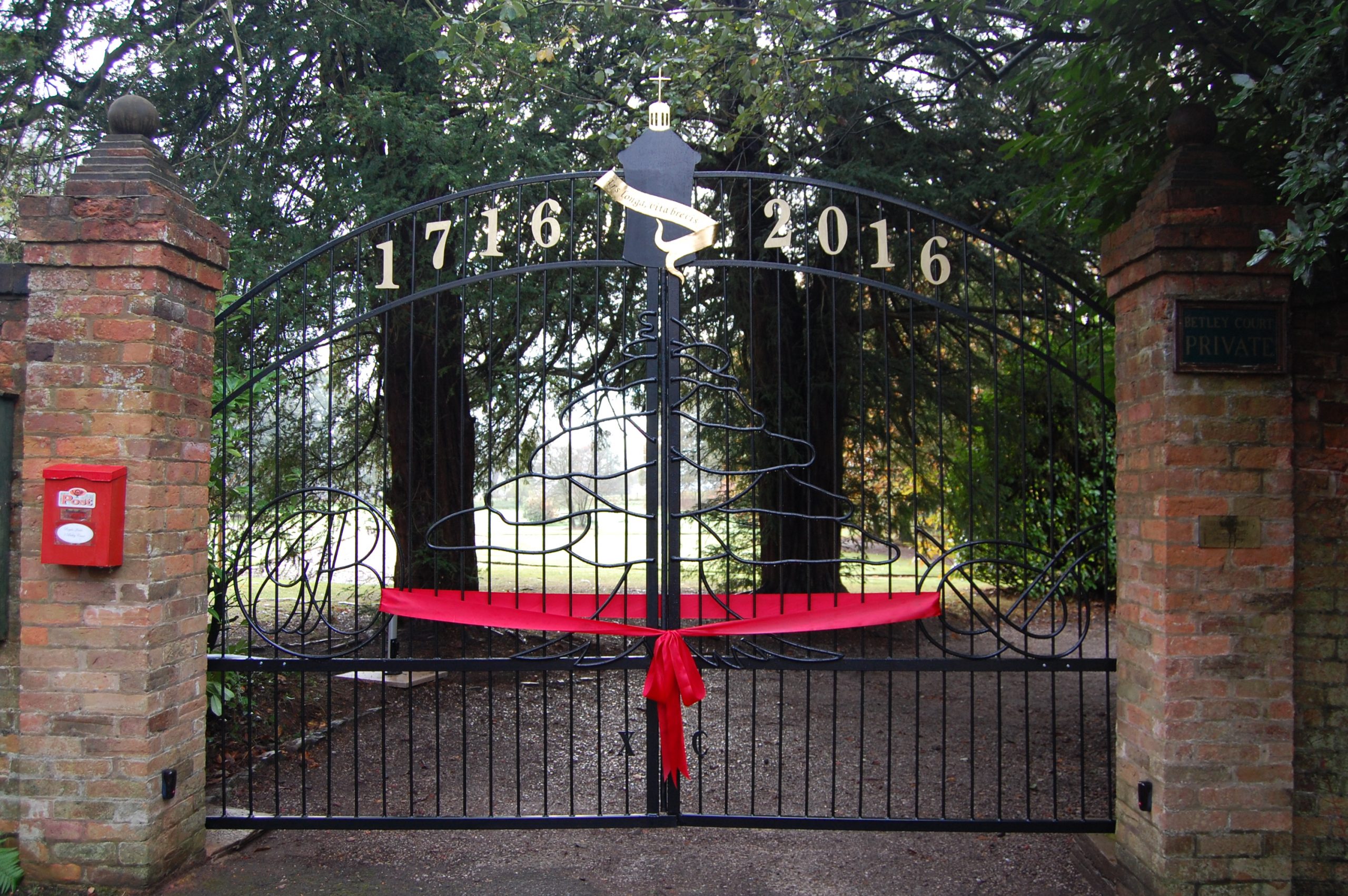 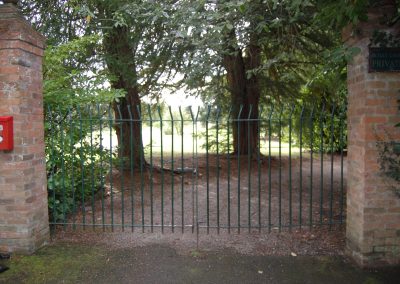 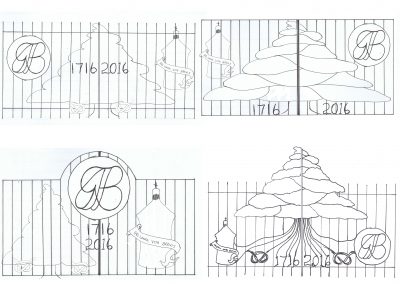 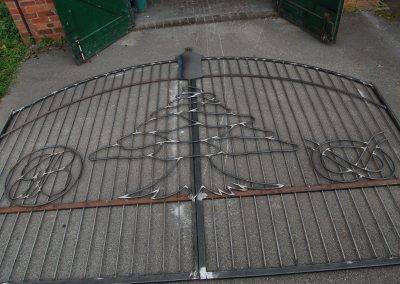 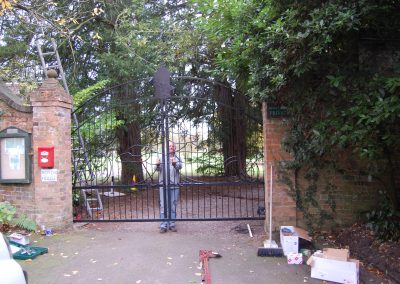 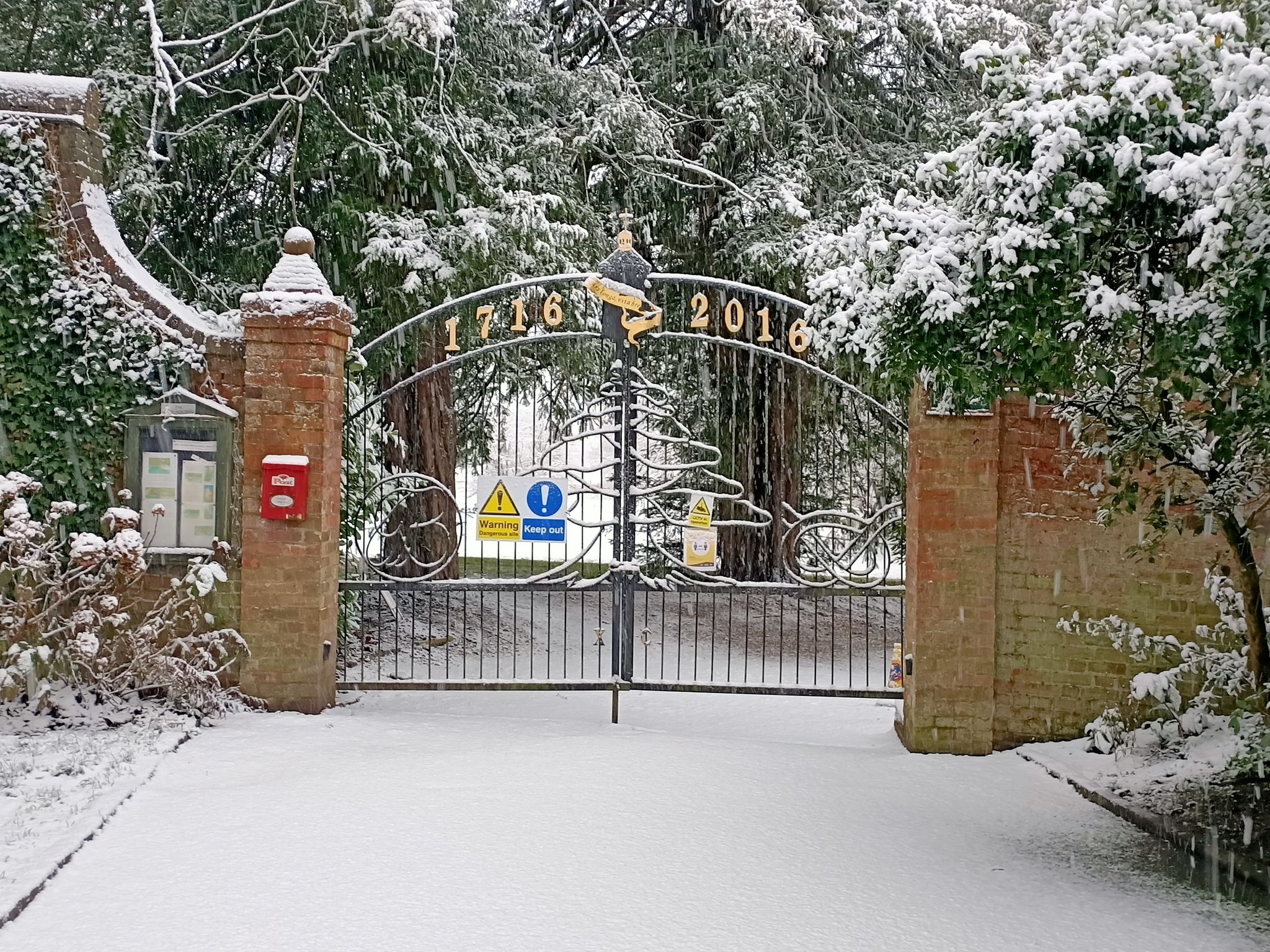