I was asked to create a globe to celebrate the school’s 60th Anniversary. The headteacher had seen the photos of the planet trail on my website and thought that the globe shape would be a good starting point for this project. They wanted a sculpture that told the story of the school and what makes it special to the pupils.

As Leeds is quite a distance away from Stoke, I wasn’t going to be able to facilitate creative workshops with the pupils in the same was as I did for the project with St. Luke’s (Link) so I had to be a little more creative. I asked the teachers to get the pupils to draw pictures of what makes their school special, and they didn’t disappoint! Each year took a different theme and there were some beautiful pictures created.

I visited the school for the day, doing Q&A sessions with all the years and a full school presentation to show them pictures of my forge and me at work. I was able to get a really good idea of what makes this school special and what matters to the pupils.

I wanted to include as many of the pupils drawings as possible as there were some wonderful images. The school is set in some beautiful surroundings and the trees were a recurring theme in the pupils’ artwork. So I decided to make the globe into a tree, adding leaves throughout the structure. Music is also a very important part of the curriculum and so I made the middle into a musical stave, with the appropriate dates becoming the ‘notes’. Then I added as many different drawings as possible so that each pupil could feel that at least their idea was part of the finished sculpture.

Installation was made a little more complicated as I was asked not to let the pupils see the finished work until the official opening event. So, it was all wrapped up and I actually didn’t get to see it in its full glory myself! Trying to ensure that it was all level wasn’t easy without taking all the wrapping off, but we managed! It stayed a surprise until its successful unveiling a few days later.

“Working with Charis to create a school sculpture as part of our 60th birthday celebrations has been one of our most memorable projects. Charis totally understood what we wanted and ensured every child in the school felt part of the design. The sculpture brings us great joy throughout the year with Christmas lights added every winter, poppies during November and daffodils which surround it in the spring.” 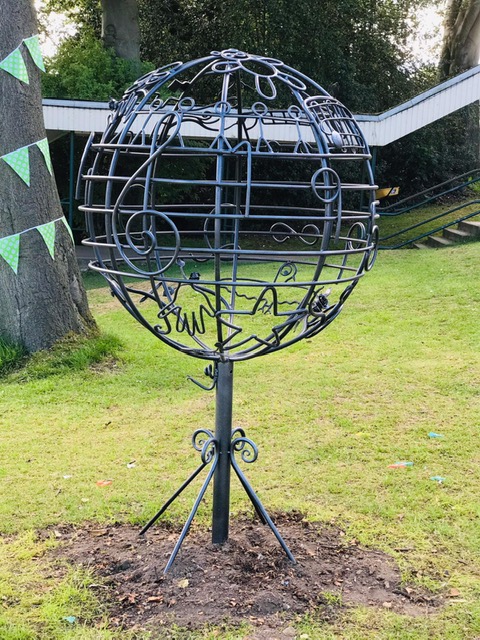 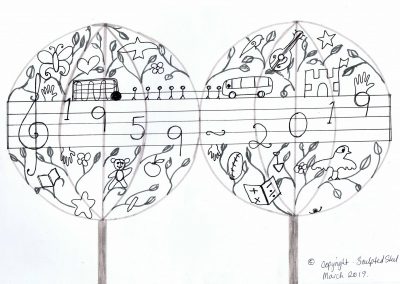 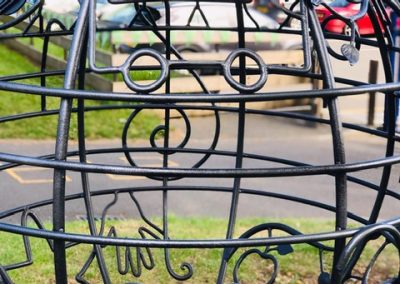 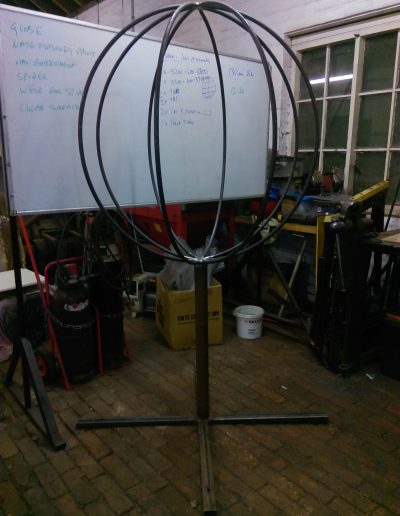 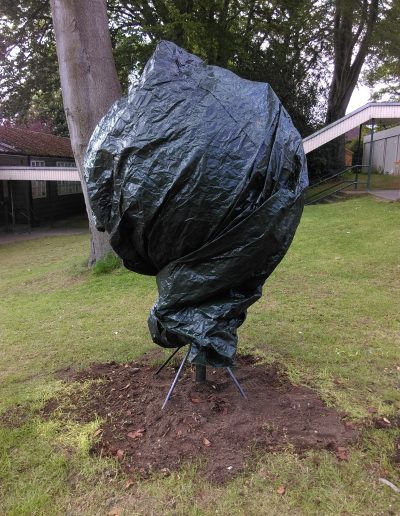